Throughout the past decade, in 2013, 2015, and 2018, I've written about what I believe to be the core of Star Trek and how a new series should carry on this important legacy. I am thrilled to report that Star Trek: Picard has fulfilled and surpassed these expectations. Let's explore the criteria I listed previously and then dive into a detailed review of season one. WARNING: major spoilers for Star Trek: Picard are below.

The Prime Universe After Nemesis

Star Trek: Picard takes place in the Prime Universe almost 20 years after the events of Star Trek: Nemesis. This allows it to draw upon the rich history of events established in earlier series while introducing intriguing new technologies like holographic starship controls and new sociopolitical situations like Romulans living on Earth and The Artifact. It really feels like this is the next chapter in the Star Trek story.

Not surprisingly, Star Trek: Picard does not canonize events from the relaunch novels. However, as detailed on /r/DaystromInstitute, some intriguing concepts from the novelverse have been incorporated in some form into the show:

As mentioned in previous posts, I believe strong character development is a key ingredient in a successful series. Babylon 5 serves as a shining example of rich, three-dimensional characters and growth and evolution over the course of the series. While Star Trek: Picard is still only just beginning, there are several examples of rich character growth thus far:

Good Planning and Consult with Experts 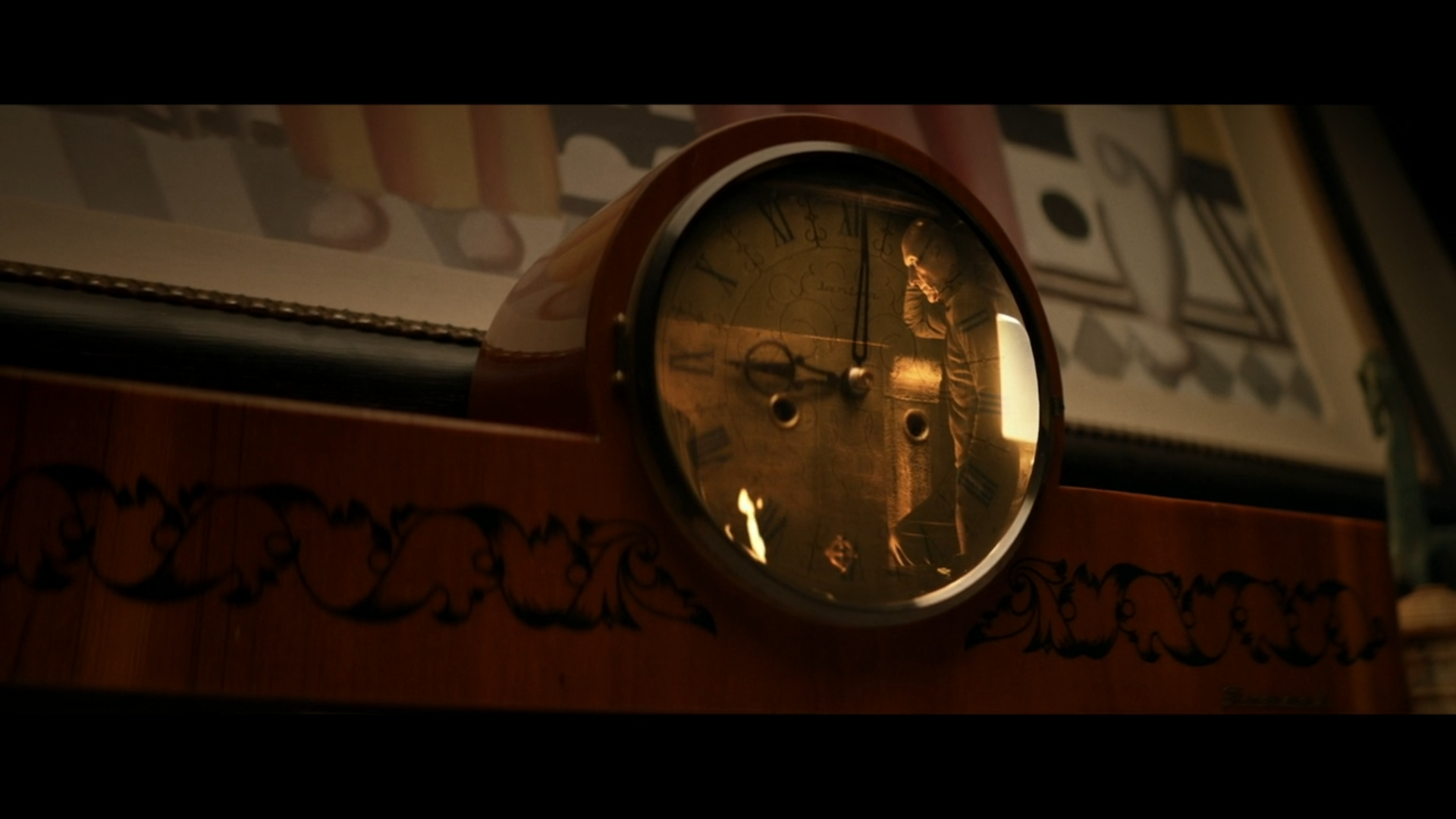 As I noted previously, I think telling a longer story arc allows for a richer, deeper story to develop. Star Trek: Picard delivered on this with a conhesive story that weaves threads from prior series (such as Hugh and his relationship with Picard, Bruce Maddox and his obsession with Data and synthetic life) while also introducing new elements that fit well with canon. It is clear that the creative team is very familiar with the Star Trek universe and dedicated to telling a story that fits in with established canon. Moreover, having Sir Patrick Stewart as an executive producer helps to ensure that Picard is portrayed accurately.

The attention to detail and history in composing the theme song is remarkable. Even more amazing is when you listen to the song Kamin's son composed and can hear the Star Trek: Picard theme song in it!

I also think the quality of the cinematography is wonderful. It feels like many of the scenes were very well devised, from the colors and textures to the details and creative shots (such as the above shot featuring Picard as viewed through an antique clock on his mantle).

There are several powerful themes woven into the first season:

As Patrick Stewart observed in the final episode of The Ready Room, the world needs Star Trek and in particular the strong leadership and moral conviction of Jean Luc Picard right now. Not only does Star Trek: Picard explore important philosophical issues, it is also a lens through which contemporary events are reflected back at us as Star Trek has always done.

First, in Family he forms a bond with his nephew, René. Later after his brother Robert and René are tragically killed in a fire, Picard reveals how he viewed René like a son:

This is further explored in his experience in The Nexus, where he imagines himself with a wife and children. This sentiment is also echoed in The Inner Light when, as Kamin, he decides to have children. In Star Trek: Picard, it is revealed that Picard kept the Captain Picard Day banner from The Pegasus: 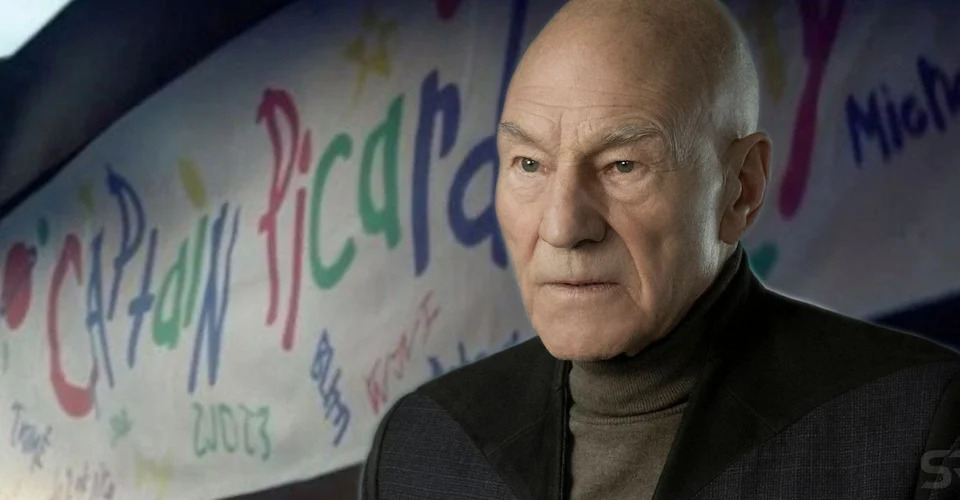 Clearly, this gift that the children of the Enterprise made meant something to him. Moreover, he acts as a father figure for Elnor until he is pulled away by the attack on Mars. Therefore, it is fitting that when he meets Dahj and Soji, he treats them as surrogate children. He devotes himself to saving Soji and once they reach Coppelius and realize what is at stake, he sacrifices himself to save Data's children and also teach them of the need to respect all life:

Picard: As you said they are children. And until now, the only teachers they've had are a couple of hermits. And the fear of extermination. But fear is an incompetent teacher... To be alive is a responsibility as well as a right.

Jurati: How are they supposed to learn that lesson in 6 minutes?

Picard: The way that children learn most things: by example.

Central to season one is the relationship of Picard and Data. Throughout The Next Generation, the movies, and now Star Trek: Picard, Captain Picard has acted as a teacher for Data during his exploration of humanity. Moverover, Picard and Data save each other several times:

This faith in each other serves to further emphasis the bond between these two people and Picard's firm belief that all life is precious, including synthetics. 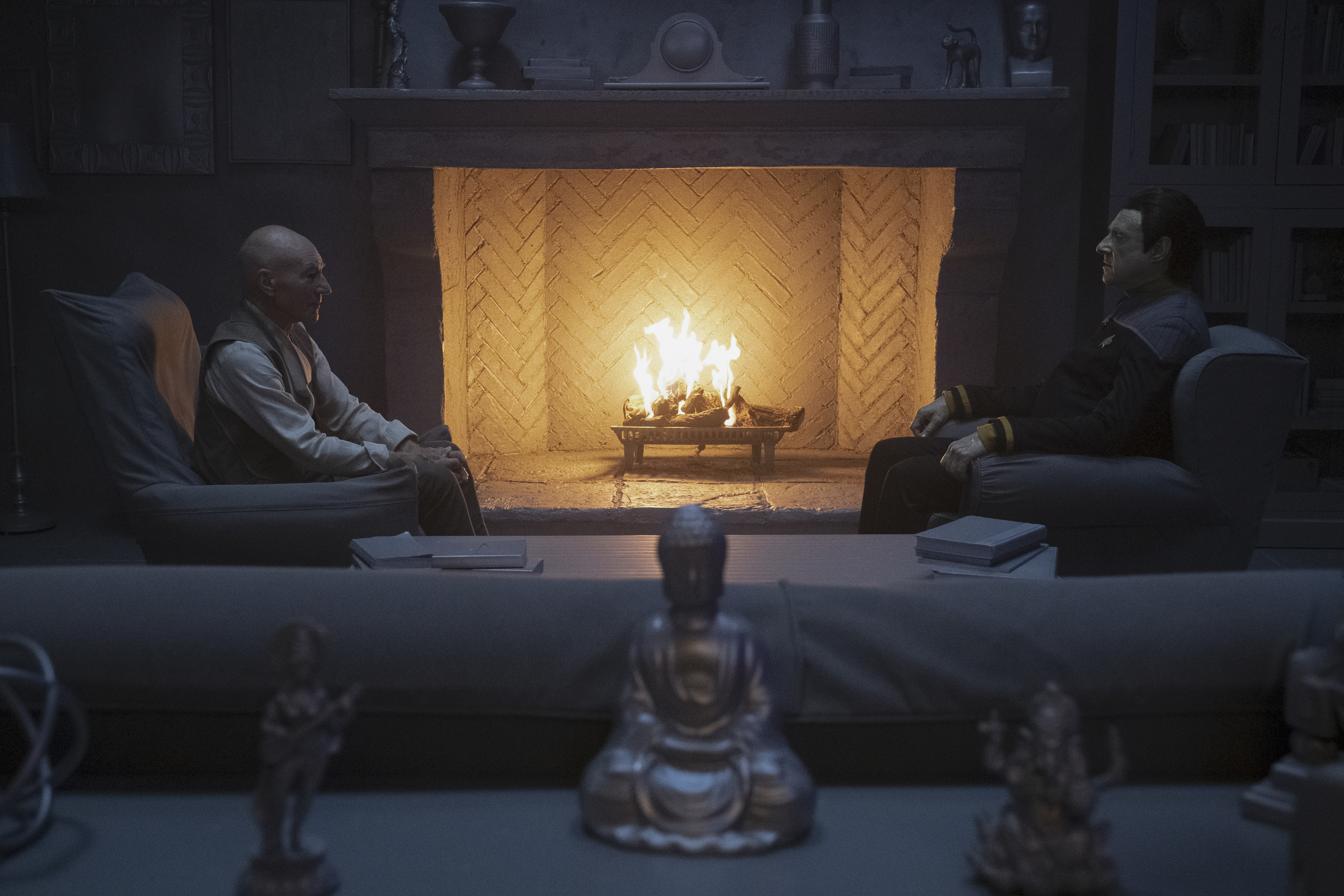 This powerful scene brings the closure that Picard had desperately needed for so long by finally letting him express to Data how much he cared for him and valued his sacrifice. Data, in turn, explains that just as Picard didn't regret sacrificing himself to save Soji and her people, so too did Data not at all regret his sacrifice to save Picard. It is fitting then, that as Data saved Picard, now Picard can help save Data from an eternity trapped in a machine and give him the experience of mortality. This scene is even more moving when you realize that it is Data's daughter Soji who sings Blue Skies during Data's final moments. 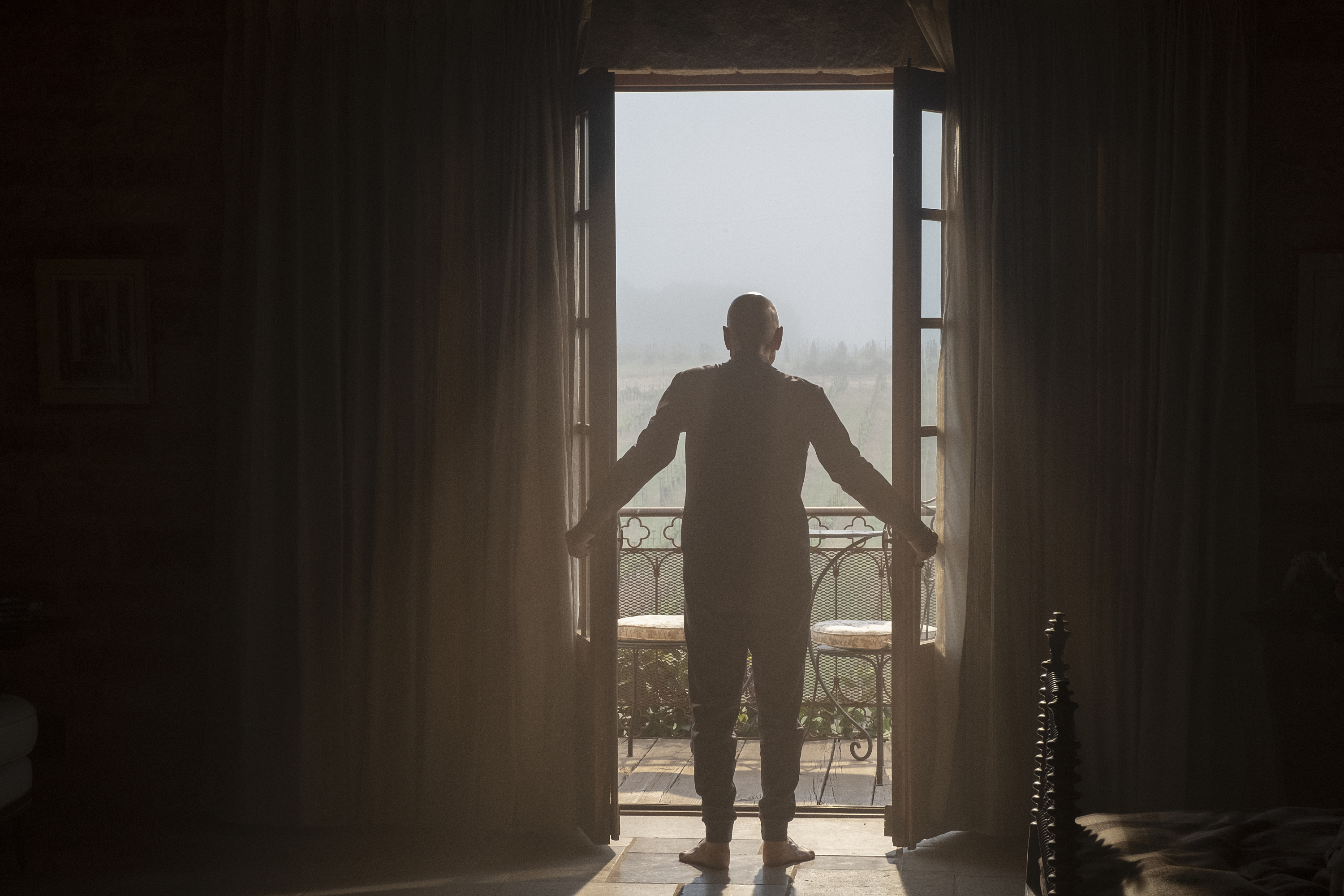 As the theme of rebirth has played a pivotal role in Star Trek: Picard, this culminates with the literal rebirth of Jean Luc Picard in a synthetic body after his human body dies from the brain defect. This symbolizes his rebirth as the man he once was, full of conviction and purpose. Moreover, it furthers the discussion about synthetic rights and what it means to be alive. It is a wonderful full circle theme that Picard advocated for saving synthetic life and now he himself is saved by synthetics. It also adds additional depth to the story in that the brain defect ties this back to the potential future Picard experienced in All Good Things.

Reborn and with his sense of purpose restored, the sky's the limit for season two!