Down The Road Wherever 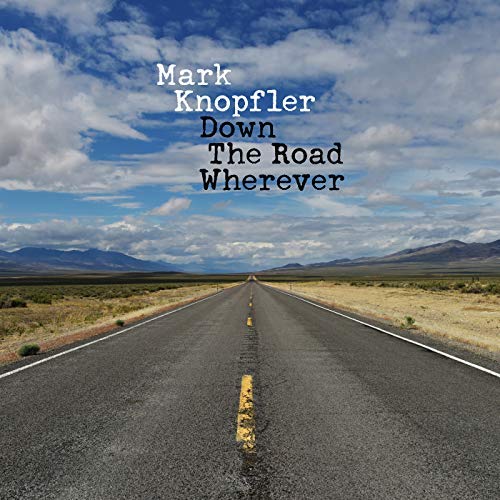 Mark Knopfler's latest solo album, Down The Road Wherever (YouTube), is perhaps his best work since Shangri-La. His other recent albums (even including Get Lucky, which I reviewed here), have felt too folky for my taste and lacked hints of Dire Straits rock. Down The Road Wherever reduces the folk and brings in some new elements, particularly brass pieces as well as some funk. Below are reviews of my favorite songs from the album.

Trapper Man feels like the most upbeat, rock-like song perhaps since Sailing to Philadelphia. As Mark explains, it's a metaphor about the dynamic between the record labels and the artists in the music business.

I initially dismissed this song as kind of shallow, but after more careful listening I realized the depth of the story he is telling here. According to this interview and this thread, it is about a Brexit man he heard ask "Have you got my roll, my bacon roll?" while sitting in a cafe. This man cannot deal with change and modern times: he likes old fashioned bacon rolls instead of toasties, prefers paying with cash whereas credit cards are being used more frequently now, etc.

It is also worth noting that there are several instances of British slang used in this song and it gives deeper meaning once you understand them:

This song has a very funky beat, a very unusual and refreshing departure from Mark Knopfler's usual genres. Moreover, the brass pieces on this song add new variety and depth not present on other recent albums.

One Song At A Time

This song is so beautiful with the imagery of Mark "picking my way out of here, one song at a time". As noted here, this refers to his time living in Deptford when Dire Straits was getting started and also Chet Atkins:

"I remember my pal Chet Atkins once saying that he picked his way out of poverty one song at a time, and it just stuck in my mind," says Mark. "You get to an age where it is a few songs. But Down The Road Wherever seems to be appropriate, just because it's what I've always done. I've always tried to keep my own geography happening in the songs, that applies there as well." In "One Song At A Time" that autobiographical geography pinpoints Deptford, England, where the up-and-coming Dire Straits began to make their way, one song at a time.

Another upbeat song, again enhanced significantly by brass and with an interesting meaning behind it:

inspired by a fellow songwriter who told Mark that his response to being told to "lighten up" was "I'll lighten up for you if you'll heavy up for me."

Matchstick Man, the final track on the album, is more intimate, with just Mark and his guitar reflecting on his youth:

Another personal memory that poignantly captures Mark Knopfler as he was, and as he remains. "That's me," he confesses readily, "a young idiot with a guitar and a bag, climbing up into trucks and hitchhiking. I was trying to get back from a Christmas Eve gig in Penzance early on Christmas Day. I thought I'd hitch home. I don't think I really knew it was 500 miles from there."

"I got a lift up the old A1 and he let me off at a high crossroads in the Midlands. The sun was shining, there was snow everywhere and I could see for miles. There was nothing moving anywhere. I'm standing there with my guitar case and bag and this realization of what I'd chosen to do with my life. To me, it was exactly what I wanted to do. It's just a snapshot of me then. From the air I would have been a tiny matchstick figure in this vastness of snow with his dream of being a musician."

Despite his substantial accomplishments and musical catalog, this final track brings him full circle with that tiny figure from long ago:

Matchstick man, you speck upon These vast and silent plains of snow