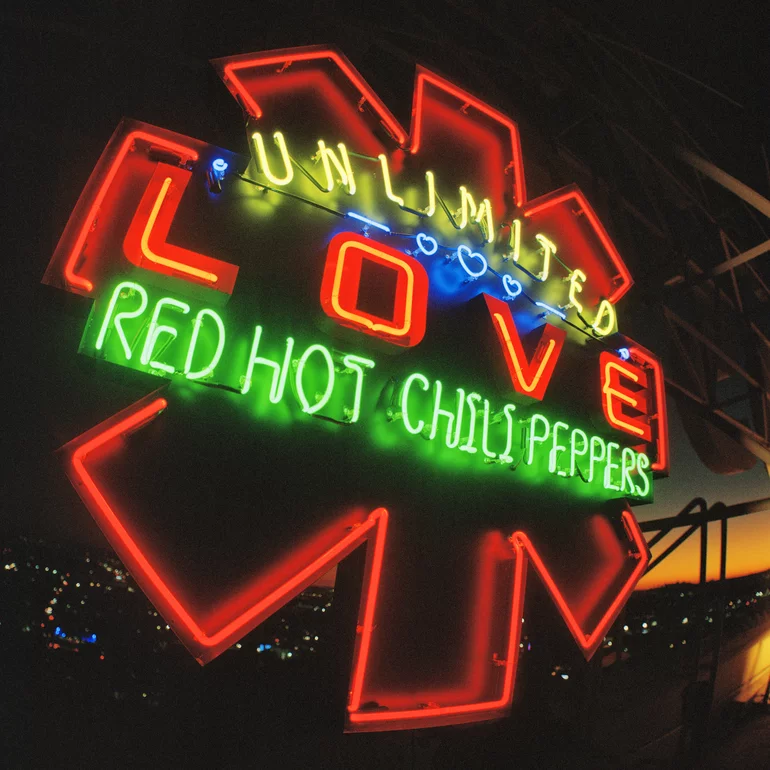 "We yearn to shine a light in the world, to uplift, connect, and bring people together. Each of the songs on our new album UNLIMITED LOVE, is a facet of us, reflecting our view of the universe. This is our life’s mission. We work, focus, and prepare, so that when the biggest wave comes, we are ready to ride it. The ocean has gifted us a mighty wave and this record is the ride that is the sum of our lives. Thank you for listening, we hope you enjoy it." - John, Anthony, Chad, and Flea

I've been eagerly awaiting the release of the new Red Hot Chili Peppers album for quite awhile, and Unlimited Love thoroughly surpassed my expectations. Not only is this a new RHCP album, which is always exciting, but this one is imbued with extra quality, polish, and creativity. As Flea described it, "this is the best of us". No one band member dominates on the album; they all work well together in balance and support of each other, which is where the best creativity shines. Many aspects of the album feel like they have were given extra attention, such as the quality of the mastering (or as Flea put it), or how Anthony dilligently worked to write high-quality lyrics for almost 50 songs, even though they knew they would only use less than half of them on the album (source). All of the band members seem to be in a good place in their lives now too, which I think adds to the positivity around the album (evidenced by all of the smiles in the photos and title chosen for the album).

The fact that John is now back in the band adds a special significance to this album too. His intuitive musical connection with Flea and the contribution he brings on guitar is what gives RHCP their distinct sound, though Josh also did amazing work on their two previous albums too. As Anthony recalled, John feels like he was born to be in RHCP, which hopefully means he feels better balanced in his role in the band this time around.

Below are thoughts on many of the songs on the album: