Doctor Who - The Big Bang 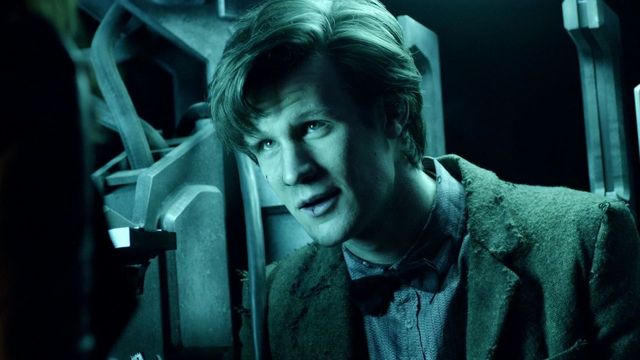 It was definitely a heartfelt ending. I was skeptical to say the least of Matt Smith being able to fill David Tennant's shoes as The Doctor, but he has really done a superb job, especially with the 2nd half of the season. He brings a totally new element to The Doctor that is really rich and vibrant. He is perhaps more serious than Tennant's Doctor, but the important similarity they share is the grave importance and emotion they pour out for those they care about. Matt Smith's concern for Amy bears striking resemblence to David Tennant's concern for Rose. In my opinion, this strong character development is the core of the show and the real reason I enjoy watching it.

I was also very impressed by how well they bought things together from the rest of the season. Everything was very tightly integrated and well coordinated. For example, when The Doctor appears to Amy during the angels episode and she has her eyes shut, he tells her it's very important that she try and remember him. I was confused by this part in the original episode, just brushing it off at the time. Now, however, I see it in a new light of how seriously The Doctor meant all of those words. I am glad the writers took the time to integrate and weave the storyline so well. I am also very excited to see where The Doctor's relationship with River Song goes and what else we will learn about their relationship in Season 6.

Here are a few more of my favorite scenes (thanks to Sonic Biro for the screencaps):